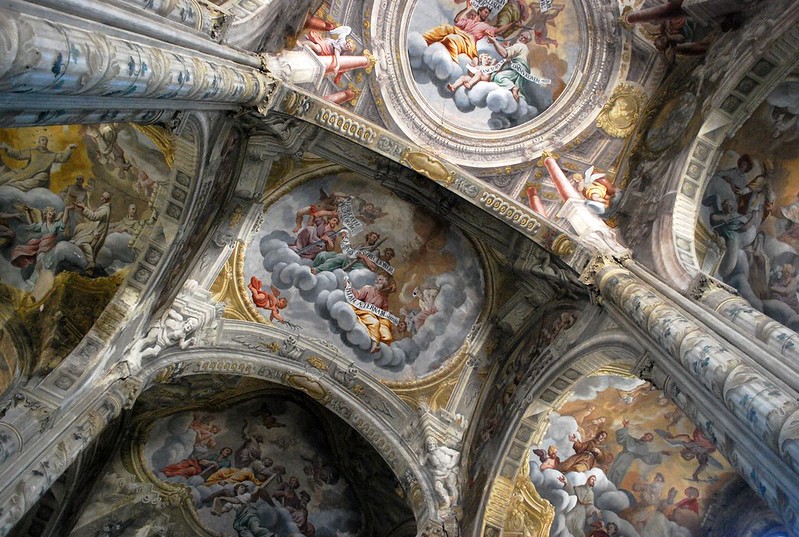 Asti spumante and other things to do

The city of Asti in Italy offers many things to do. Most people think of Asti as a destination for food and wine, however, the city boasts an incredible treasure trove of history and art.

Therefore, wineries are not an option among things to do in Asti.

Every September, Asti hosts the Palio horse race, an ancient event in which fourteen neighborhoods and seven towns of the province compete for the banner. The race is preceded by a spectacular parade with 1200 people in costume.

Things to do in Asti: art and history

Things to do in Asti include the wide legacy of art and history. Since the Roman age, this settlement developed commercially thanks to its favorable geographical position.

Therefore, Asti has been for centuries a point of an obligatory passage. Travelers, merchants and artists went by and Asti played a decisive role in the chessboard of the political-military interests of northern and transalpine Italy during the Middle Ages.

Moreover, both the Church and the large families who lived within the city walls, have always dedicated themselves to impose their presence in the city and in the surrounding area.

Churches, palaces, towers and monuments are among things to do and see in Asti. In facts, they were built according to the style in vogue at the time, ranging from Gothic to Baroque. Real treasures of art are often concealed behind, sometimes, disreputable facades.

Asti, in Italy, was founded by the Romans

When the consul Marco Fulvio Flacco led a series of military campaigns to subdue the territories of present southern Piedmont, around 125 BC, his mandate was very clear.

He wanted to find fertile territories to be distributed to the Romans, as a practical application of policies by Tiberius and Caio Gracchus in favor of the plebs.

Naturally, the territory of Asti was perfect for this purpose and so, he traced a road that crossed these areas, via Fulvia. Then, there was the foundation of some oppida, or fortified camps, destined to become cores for new cities.

Among these, Hasta is mentioned by Pliny the Elder as one of the most active craft centers, above all for the production of terracotta pottery, even if no archaeological evidence of this activity has yet been found.

There are not many places where it is possible to visit Roman remains in Asti. On the contrary, one can notice the use of recycled materials from Roman buildings for new structures, following a trend that came from all of medieval Europe.

Among the numerous examples we can mention the four statues of saints that adorn the side portal of the Cathedral of Santa Maria Assunta and San Gottardo, carved from pre-existing Roman materials.

In addition, there are the bases of the two large medieval baptismal baths inside the Cathedral, consisting of two large inverted Corinthian capitals.

Things to do in Asti: the Torre Rossa

The Red Tower – Torre Rossa in Italian – one of the two towers that flanked the main entrance through the Roman walls, remains one of the city’s attractions.

Made of bricks and polygonal-base, it recalls the style of the Palatine gate of Turin and it was built in the first century after Christ. It was subsequently raised, to be used as a bell tower of the church of Santa Caterina.

The name, however, doesn’t come from the color of the clay but from a local family who lived nearby.

Asti during the Crusade era

The tumultuous decades that saw the end of the Roman Empire also invested Hasta. However, the city was able to exploit its strategic position to become a center of primary importance for the agricultural and craft trades of the region.

It was a renewed prosperity alongside with a profound Christian religious sense, lived as a fundamental element of all aspects of life. Even Hasta, which gradually becomes Asti, like many other places in Europe, is reborn after the collapse of the Roman dominion.

The key was the integration of these two aspects: an economic recovery linked to agriculture and commerce and the presence of the Christian faith as an element affecting individual and public life.

Things to do in Asti: San Secondo church

Not surprisingly, among the medieval beauties of Asti there are many religious buildings, first of all the Collegiate Church of San Secondo.

Included in a tour of Asti, because of its central location, the church was built starting from the tenth century in the place considered the martyrdom of the patron saint of the city.

Its severe Romanesque forms still legible despite some alterations of successive eras and styles, enclose a jewel of art and beauty. The terracotta and sandstone decorations are in dialogue with the medieval frescoes recently brought to light.

San Pietro in Consavia is the result of several buildings, commissioned after 1000 by the bishop Landolfo di Vergiate, to reproduce the Holy Sepulcher of Jerusalem.

It was built during the period of the first Crusade and at that time it was just outside the walls.

The aim was to ensure that the pilgrims, who could not afford one of the risky pilgrimages to the Holy Land following the first Crusades, they had a local destination to turn their devotion to and, of course, their cash offerings.

Things to do in Asti on a tour of Piedmont

In a tour of Piedmont, Meet Piemonte recommends to stop in Asti. In the Middle-Ages, the wealth of the city increased, especially for the development of businesses and the first financial activities.

Therefore, the most powerful families were freed from the power of the Emperor and also from that of the bishop.

It was then founded a Municipality, certainly before 1095, a year that dates back to a document indicating the city as the seat of an independent government.

Tour of the Cathedral of Asti

The tour of the Cathedral of Asti takes visitors in one of the most interesting examples of Gothic architecture in Piedmont.

It is, together with the numerous towers and strongholds that can still be admired in the city, the most magnificent expression of the power of the medieval town.

At the turn of the 13th and 14th centuries Asti reached the maximum splendor of the trades and, consequently, the maximum wealth of its inhabitants who invested in their Cathedral.

Things to do in Asti: aristocrat palaces

In the middle ages the rich families of Asti began to fight among themselves, dividing, as in most of Europe, between Guelphs and Ghibellines.

They took advantage of any opportunity to get spiteful and damage to each other and thus losing the opportunity to identify among them a leader able to keep Asti strong in front of the attacks of the many conquerors.

In fact, in 1342 the citizens, tired of the continuous struggles, the Visconti from Milan entered the city walls, ending the free medieval town.

Palaces of this period are among things to do in Asti. Repeatedly reworked in the following centuries, still embellish the city center and help to maintain that unique atmosphere that makes Asti a quiet provincial town, apparently sleepy but a crossroads of many tourist itineraries.

The palaces of the Malabajla, of the Roero (with their fiefdom), of the Alfieri, of the Zoya and of many other “casane” still today dot the city center.

Their terracotta decorations, the brick and sandstone arches, as well as the paintings by artists such as Gandolfino da Roreto, recalled the prestige of  these families through art.

Book now the tour of Asti