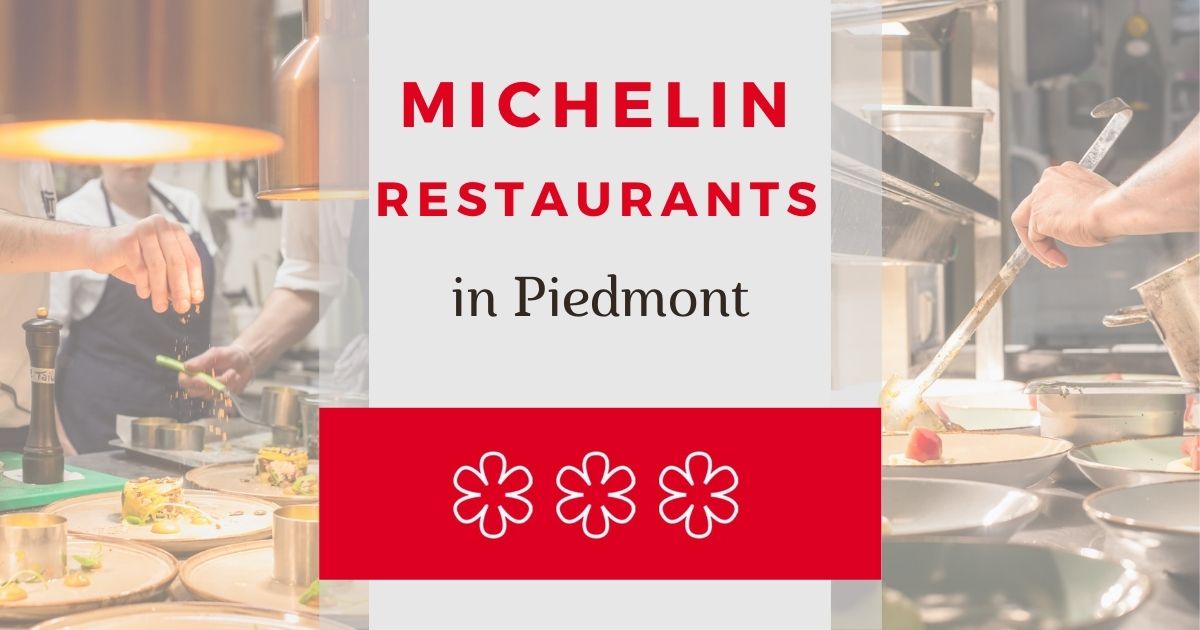 Piedmont reconfirms to be the second Italian region (after Lombardy) by number of Michelin starred chefs and a must-visited destination for food lovers.

Meet Piemonte has divided all Michelin restaurants in Piedmont by geographical area and number of gained stars: from Alba and the wine regions of Barolo and Asti, to the city of Turin, to the lake district (lake Orta and lake Maggiore).

The majority of restaurants awarded in 2021 have been confirmed from the previous year.

However, there are two chefs who got a Michelin star for the first time. Chef Pasquale Laera at Borgo Sant’Anna in the town of Monforte d’Alba and Chef Marco Sacco at Piano 35, a restaurant situated at the 35th floor of the Intesa San Paolo skyscraper in Turin.

Marco Sacco was reconfirmed again of his two Michelin stars at Piccolo lago, in the town of Verbania on lake Maggiore.

How much does a Michelin star restaurant cost?

Dining in a Michelin star restaurant is an experience that stimulates all senses. How much does it cost in Piedmont, it all depends on the number of stars and on the restaurant itself.

Generally speaking, the price can range between 70€ to 250€ per person, for a full tasting menu which includes several courses. These prices are meant just to give an idea and they never include truffles and wines.

Michelin restaurants strive to deliver an impeccable service by taking care of every detail and selecting the best ingredients available. In order to accomplish that, the kitchen brigade, sommelier, Maitre D’ and waiters are generally large teams of professionals.

Nonetheless, Michelin restaurants are the stage for creative chefs who arouse their guests with unusual pairings, complex culinary techniques and a glance of creativity.

Therefore, one can justify the price paid for dining there.

Said that, international visitors agree that average prices in Piedmont tend to be lower compared to Michelin star restaurants in other Countries where a tasting menu can be charged more than 400€ per person.

Michelin chefs are not the only ones that deserve a visit. In fact, Piedmont has a long-lasting tradition of casual restaurants – aka trattoria – where regional cuisine is wisely prepared. The setting can be more or less rustic, depending on the restaurant.

There is a long list of best restaurants in Piedmont which includes both casual eateries and Michelin starred chefs. Meet Piemonte always send a list of recommendations to guests who book a vacation in the region.

Birthplace of the Slow Food movement, a fertile territory with complex wines and sublime ingredients, Piedmont is a foodies’ heaven, one of the most renowned of Italy.

When possible, Meet Piemonte includes in its tours contrasting dining options, from rustic to fine-dining, in order to provide a full understanding of the local culinary scene.

The town of Alba is proudly home of one of the eleven restaurants of Italy awarded, in 2021, with three Michelin stars: Piazza Duomo.

Piazza Duomo restaurant has been for years the focal point of high gastronomy in Piedmont, with its elegant dining room facing the central square of the Cathedral of Alba.

Michelin restaurants in the Piedmont region of Italy awarded with two stars are only four. All of them were reconfirmed from the previous year.

Chefs near Alba and the Langhe hills with 2 stars

Two chefs have their restaurants located in the wine regions of Langhe and Barolo, a few miles from Alba.

The first one is Chef Michelangelo Mammoliti at La Madernassa, in the village of Guarene (CN).

The other one is Chef Renzo Vivalda at Antica Corona Reale, located in the village of Cervere (CN), in the plains west of Alba.

Chefs with 2 Michelin stars in the lake district

Other two chefs were awarded with 2 Michelin stars each and their restaurants are in the northern part of Piedmont near lake Maggiore and Malpensa airport.

Villa Crespi with Chef Antonino Cannavacciuolo is in Orta San Giulio (NO) on the picturesque lake Orta.

Piccolo Lago with Chef Marco Sacco is in Verbania, on lake Mergozzo, next to the bigger lake Maggiore.

1 Michelin star in the wine region (Langhe, Roero and Monferrato)

Among all Michelin starred restaurants of Piedmont, the wine region of Alba, Barolo and Asti, counts eighteen of them, awarded with one star.

The dining experience in such restaurants is often enriched by spectacular views over the vineyards of the Langhe, Roero and Monferrato hills, which are part of a UNESCO World Heritage site.

We have divided them between Alba and Asti.

Asti, the smallest province of Piedmont, reconfirms from the previous year three restaurants with one Michelin star each.

Ca’ Vittoria in Tigliole (AT) with Chef Massimiliano Musso

In 2021, nine chefs gained one Michelin star in the city center of Turin alone.

The former first capital of Italy is more than ever a point of reference for starred chefs who often decide to open their restaurant in the city after gaining success elsewhere. Be present in Turin seems to be a matter of status.

Besides Marco Sacco, mentioned above, another triumph is marked by Neapolitan chef Antonino Cannavacciuolo who found home in Piedmont.

Cannavaccioulo, after climbing the ladder of success in Italian tv shows such as MasterChef and others, in 2021 gets three restaurants in our region, awarded by the Michelin guide.

Here’s the full list of restaurants located in Turin, with one Michelin star:

Condividere at via Bologna 20 with Chef Federico Zanasi

Torino Piano 35 with Chef Marco Sacco, on the top floor of the skyscraper Grattacielo Intesa Sanpaolo, on Corso Inghilterra

Spazio 7 at Via Modane 20 with Chef Alessandro Mecca

Gardenia in Caluso (TO) with Chef Mariangela Susigan

Zappatori in Pinerolo (TO) with Chef Christian Milone

The province of Alessandria is where the eastern part of the wine region is located. Here, the Monferrato hills are home of Gavi wine and other local high-quality productions.

The town of Acqui Terme is an ancient Roman settlement with natural hot springs and a perfect departure point for outdoor lovers.

I Caffi in Acqui Terme (AL) with Chef Bruna Cane