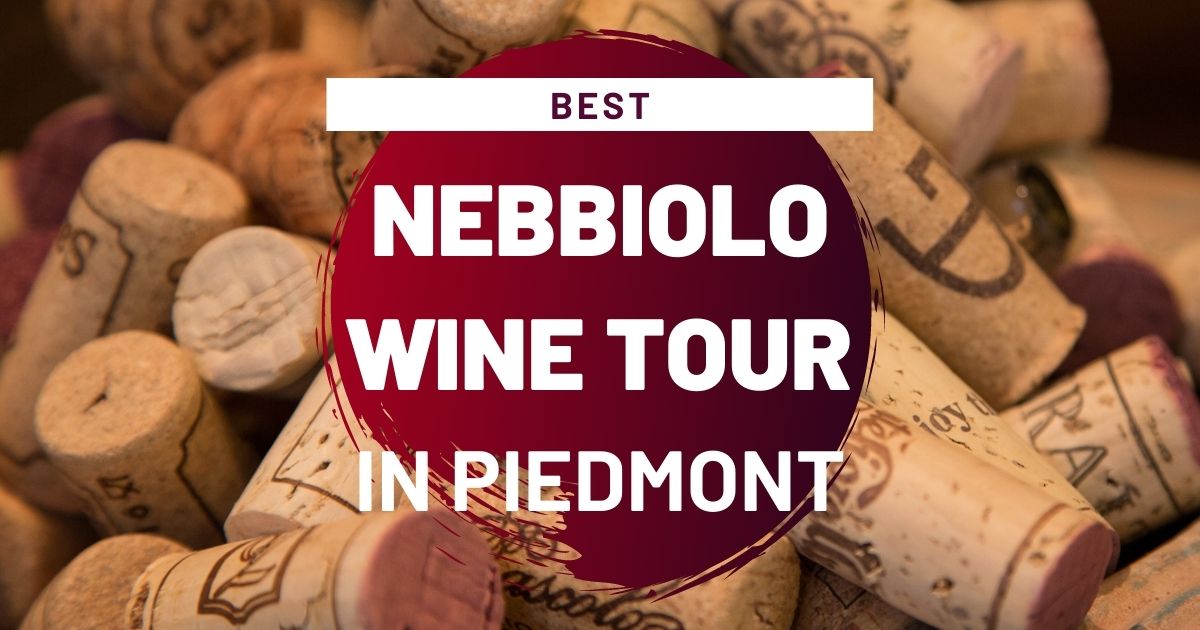 Barolo, Barbaresco, Gattinara and other wines

The first step when picking the best Nebbiolo wine tour in Piedmont is to get acquainted with names of local wines and their area of production.

Piedmont is the region of Italy where Nebbiolo performs at its best. There is the opportunity to join the best Nebbiolo wine tour visiting vineyards and wine cellars within a few miles from each other.

Nebbiolo is the name of the grape varietal from which is obtained the wine of the same name and it is used for many other prestigious wines called differently: above all Barolo, Barbaresco and Gattinara.

Why is Nebbiolo wine so tannic?

The best Nebbiolo wine is often high in acidity and in mouth-drying tannins which make it quite tight and austere in their youth. Such tannins tend to soften with the ageing.

Tannins belong to Nebbiolo: they are one of the perks of this varietal and one of the reasons why Nebbiolo wines are worth the ageing.

Why is Nebbiolo so tannic? Because we can then enjoy bold and full-bodied wines. Leathery and gripping tannins clinging to the front of the mouth, quickly reveal fruity notes and floral aromas, depending on the specific wine.

Some of the best Nebbiolo wine tours in Piedmont, are set in the surrounding hills of the town of Alba. In the same day trip one can explore the Barolo and Barbaresco wine regions. They are located, respectively, on the west and east side of Alba.

Alba wine tours unwind on the lowest slopes of the Langhe hills, south of the Tanaro river. Nebbiolo used for Barolo or Barbaresco is taking most of the land facing southeast (better exposure). Other varietals, along with hazelnut crops, can be grown on hill sides facing northwest.

In fact, Alba wine tours can feature many other grapes such as Dolcetto (local every-day red wine), Barbera d’Alba, Arneis (local white grape, great with starters), Favorita and others.

On a wine tasting near Alba, one can often try Nebbiolo d’Alba and Langhe Nebbiolo which are two wines made from Nebbiolo. Both are made from grapes grown outside the area of production of Barolo and Barbaresco wines. The only difference is that Nebbiolo d’Alba comes from a larger zone (both Langhe and Roero hills), while the Langhe Nebbiolo requires vineyards located south of the Tanaro river only.

One of the best Nebbiolo wine tours in Piedmont consist of comparing Barolo & Barbaresco with a Winemaker, two different wines both made from 100% Nebbiolo grape.

Barolo is a village situated west of Alba. The wine of the same name can be produced in a limited zone of eleven villages only, where Barolo is the one in the middle. From Alba to Barolo it takes about 20 minutes by car.

On the contrary, Barbaresco is a village east of Alba. The Barbaresco wine is obtained by grapes grown in the area facing the Tanaro river, among the villages of Barbaresco, Neive and Treiso. On top of that, a small part of the outskirt of Alba is also part of that zone. From Alba to Barbaresco it takes approximately 20 minutes or less by car.

Origins of Barolo and Barbaresco wines

The Nebbiolo has been grown in the area for centuries and it is a historical wine of Piedmont. In the mid-nineteenth century Juliette Colbert, the French wife of the last Marquis of Barolo, shared in the area her knowledge of aging wine in wooden barrels.

At first, most of the production of aged Nebbiolo wine coming from the vineyards surrounding Alba was called Barolo. Then, by the end of the nineteenth century, prominent wine expert Domizio Cavazza noticed substantial differences in Barbaresco’s soil composition. Moreover, he studied the microclimate of Barbaresco’s hills which are shaped naturally like amphitheaters, open toward the Tanaro river.

Therefore, local farmers gathered together and started to name their wine after Barbaresco village.

Both Barolo and Barbaresco wines gained the DOCG appellation in 1980.

Barolo is locally called the “king” of wines” (because of its full-body structure). Barbaresco, on the other side, is referred to as the queen of wines, because of its elegant approach.

Barolo was also known as “the wine of the king” due to its popularity among the House of Savoy. In particular, King Carlo Alberto fell in love with this wine since the very first bottles were aged.

The distinctive character of Barolo wine is in its structure. It expresses a complex bouquet of great longevity, set to develop and improve over time.

As far as Barbaresco is concerned, vines cultivated in that area benefit of lower elevations where the slightly higher average temperature anticipates the sugar ripening. The lower concentration of musts allows for a shorter maturation period compared to Barolo.

In a Barolo and Barbaresco wine tasting one learns that the aging requirements for Barolo are minimum 38 months (of which 18 in wood) for the basic version and five years in total for the Reserve version .

Day trip to Barolo and Barbaresco

Barolo & Barbaresco with the Winemaker is a wine tour from Alba where one can understand which “geographical indications” stand out for remarkable soil facts or sun exposure. Named single-vineyards  (the equivalent of the French “cru”), this vineyards near Alba are well displayed on maps. Tour guides point them out on a panoramic tour of the wine region.

The Barolo gives its best with game recipes, roasted quail or guinea fowl. Impossible to forget the famous braised beef slowly cooked in Barolo . While Barbaresco is perfect with similar pairings, it is also recommended with truffle-based dishes and aged cheeses such as Castelmagno.

Alba wine tours are a surprising journey among the most beautiful vineyards where one can enjoy the best Nebbiolo wine in Piedmont.

The Roero territory extends to the left of the Tanaro river, north of Alba. In this zone the Nebbiolo has adapted well on steep hillsides, in the most meager and sandy soil, where wine makers get a fragrant and perfumed wine.

Wines made from at least 95% Nebbiolo grape and the remaining part of other red varietals, are named Roero DOCG and Roero Riserva. Aged at least 20 months (of which 6 in barrel), is generally fruity, with a ruby or garnet color and good texture.

Alba vineyards north of the Tanaro river have been home, since the XV century, of a white grape variety called Arneis. Ideal with appetizers, starters and pasta dishes, Arneis white wine is considered one of the best wine of Piedmont. In fact, it recalls white flowers and fresh fruit ranging from apple to peach to hazelnut.

Roero Arneis is a still wine but it can be found as well as a sparkling version.

In northern Piedmont, less than one hour away from Milan Malpensa airport and from the lake district (lake Maggiore, lake Orta), lies a hilly territory.  Its great sun exposure benefits as well of the protection provided by the Alps. In fact, mountains stand behind, like a shield, avoiding cold winds and harsh climate to hit the area.

Moreover, the terrain is drier than in the Langhe hills, with a reddish soil rich in iron. The Nebbiolo in northern Piedmont is consequently different and its relatively high PH level renders it particularly excellent when aged for years.

The best Piedmont Wine Tour focused on Nebbiolo grapes should include the northern part of the Piedmont region.  The first stop can be the town of Gattinara, located on the way to the Swiss Alps and to the sky resorts of Monte Rosa, an imposing peak that stands next to the Matterhorn.

Nebbiolo grape grown in the town of Gattinara is locally named “Spanna” and it gives origin to the Gattinara DOCG wine (and to its Riserva version). No other varietal is blended in this wine but Nebbiolo only.

Gattinara wine relishes for having been appreciated for centuries, long before Barolo. It was praised on contracts dating back to the 13th century and it then became one of the preferred wines of eminent Popes during the Renaissance.

A few miles from Gattinara, on the opposite side of the Sesia river, lie two more towns, Ghemme and Romagnano Sesia where Nebbiolo wine gets the Ghemme DOCG appellation.

For this wine is required at least 85% of Nebbiolo grapes and the remaining 15% of local red varietals such as Vespolina and Bonarda Novarese (called Uva Rara).

On top of that, Ghemme DOCG requires a minimum aging of at least 34 months of which at least 18 in wood. For the Ghemme Riserva instead, are required at least 46 months of aging, of which 24 in wood.