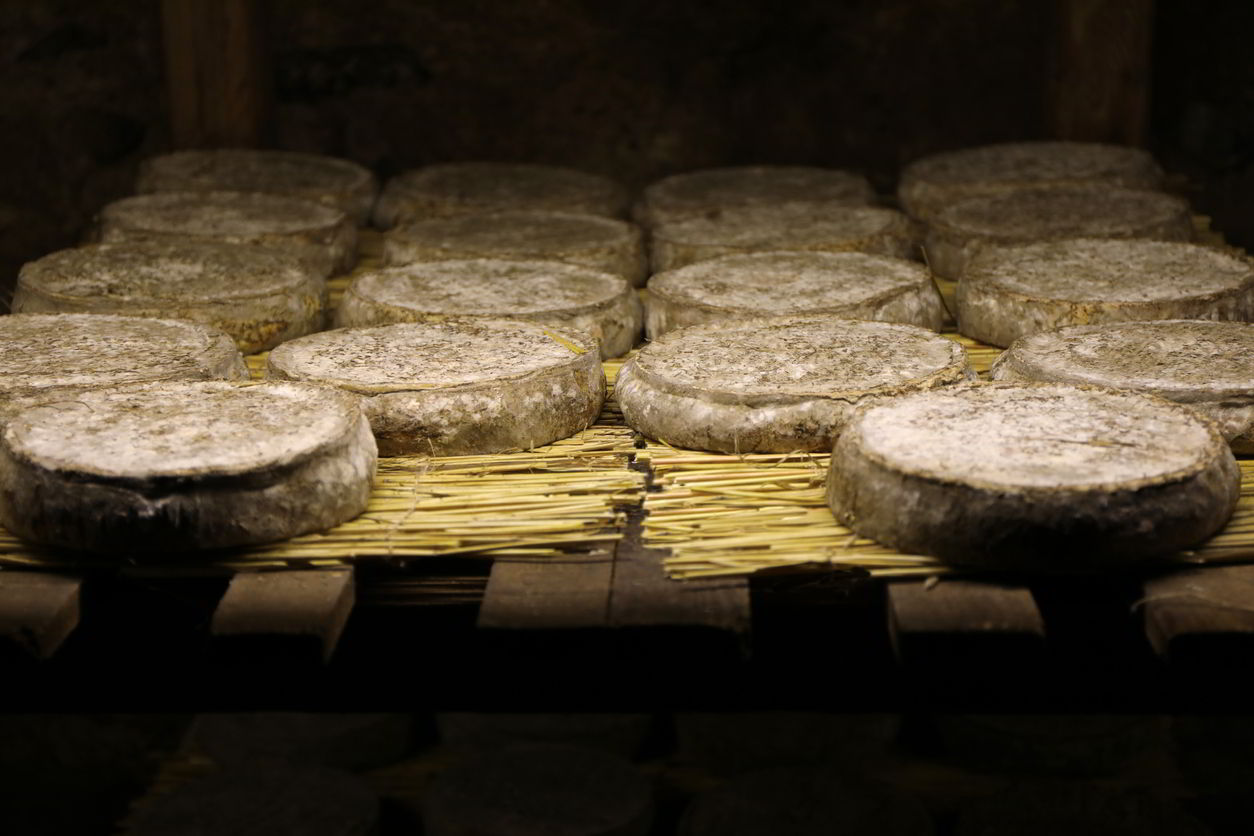 Traditions of Langhe: the cheese tasting with the refiner

The Langhe hills, located in northern Italy, are renowned for its traditional production of cheese.

Meet Piemonte arranges food tours where guests get to meet one of the few cheese refiners of Piedmont for an unforgettable and educational cheese tasting experience.

This is not the ordinary tour of a dairy farm and guests should not expect to pet animals, nor to watch the cheese making process.

On the contrary, the cheese tasting with the refiner includes the tour of the cave. Here, wheels of cheese bought from several cheesemakers spread around the Piedmont region, in northern Italy, are stored.

Part of the experience is the fascinating narration of how the cheese literally changes flavor and texture because of what the refiner does in his cave.

Finally, it is time for the cheese tasting, a guided journey through the senses, appreciating different textures and surprising aromas, paired with marmalades, honey, breadsticks.

Who is the cheese refiner?

Known in France as “affinateur”, the term “refining” refers to bringing a cheese, after it is made elsewhere, to a higher quality through maturing. Such result would not be achieved with the standard aging.

The difference between maturation and aging is merely a matter of time. Robiola di Roccaverano, for instance, a velvety goat-milk small cheese produced in the province of Asti, only requires a shorter period of refining, referred to as maturation. On the other hand, cow-milk Castelmagno, considered the king of the cheeses of Piedmont, needs a longer aging which can last years.

The cheese refiner is a professional with a solid background of technical skills, like microbiology and chemistry. However this profession requires also creativity, passion and a good dose of patience, as time is a key factor in this activity.

In fact, refining cheese is not random but it is the outcome of a precise project. It involves both external conditions and chemical-physical factors to which the cheese is exposed to, in order to give a specific character.

The synergy between time, temperature, humidity, microflora, extra ingredients added on the surface of the cheese, the presence or absence of oxygen and many other elements are monitored on a daily basis.

Discover the Langhe hills and step in the cave where cheese is refined: this is the ultimate cultural and foodie experience, now included in our Lake Como, Barolo, Portofino Tour.

By controlling the humidity and temperature of the cave in which cheeses are placed, the refiner lets molds and microflora find a perfect substrate in which to grow.  As a consequence, several processes are then triggered. One of them is the proteolysis:  the degradation of proteins that determines an improvement on the texture, flavor and aroma of the cheese.

Moreover, based on the curiosity and creativity of the cheese refiner, some types of cheese may be put in contact with ingredients that release their scent and flavor through a process known as osmosis.

Traditional products of the Langhe hills can be used for this purpose. For example grape skins pressed after the wine making, local herbs, flowers or spices coming from far away. Their taste can be easily perceived during the cheese tasting, as the product melts in our mouth.

How the Cheese Refiner plays with oxygen

Oxygen is another important element and both its presence or absence contribute to the final taste of cheese.

Some products can mature in containers such as terracotta jars, often wrapped in hay or leaves. When fermentation begins, because of the presence of oxygen, the temperature rises and the cheese releases a part of its whey. At the same time, it absorbs the aromas of the vegetables that surround it.

However, for other products, hermetically sealed containers may be used, forcing only anaerobic microorganisms to grow: those who live in absence of oxygen.

These sealed jars get saturated with humidity and with the rise in temperature, the cheese becomes softer, spicier and richer in aromatic complexity.

The craft of refining cheese is ancient and it can be described both as an art (because creativity is an important part of it), and as a science, because of the solid educational background needed for this career.

The University of Gastronomic Sciences of Pollenzo, a small town located between the towns of Alba and Bra, in the southwest part of Piedmont, is one of the schools that prepares students who want to pursue their passion and work in this field.

In fact, when dealing with raw-milk pasture cheese, the cheese maker first and then the refiner, are both working with food that is “alive”. Such food is in constant evolution, as bacteria work to enahnce the taste. Therefore, the final product can be exposed to harmful cracks and bad bacteria if not handled properly.

The most intriguing aspect of refining cheese is that the experience leads to predict the behavior of cheese when exposed to certain environmental conditions: this is how a strong personality can be transmitted to plain shapes.

Discover Langhe: the gestures of the cheese refiner

Cheese refiners work hard in their cellars and have a tight routine to follow. One of the most recurrent jobs consists of rubbing the wheels of cheese either with brine water or salt, occasionally with spirits, wine or even beer.

This practice allows the salt or the alcohol to gradually penetrate inside the cheese shape improving the taste and making the crust thicker. Unwanted molds are therefore eliminated and preservation of the cheese is enhanced.

Another common job in the refining cellar consists of turning the cheese regularly, making sure that it dries equally on each side and letting the bacteria work smoothly all over the shape.

The tour of the refining cellar: tools used

Get to know the cheese refining art first-hand on a Meet Piemonte tour and be amazed by the time-honored traditions that go into fine cheese aging. Your expert guide will take you through each step of the refining process and provide background information on the various techniques used to mature cheese.

For example, you will see the hammer used to detect cracks or air bubbles in the larger shapes. By knocking on the crust, the cheese refiner measures the firmness of the shape by listening to the sound that comes out.

Each cheese refiner spends a lot of time visiting the dairy farms where the product is actually made, following the traceability of the product that will be brought in the refining cellar.

It is fundamental to the understanding of the origin of the milk, including the well-being of the animals, the location of the pastures where cows and goats were fed and every other step behind the making of each cheese wheel.

The cheese refiner is an artisan who gives support to the smaller farmers scattered on the mountains and hills of Piedmont. He ensures sustainability of micro-economic systems. In facts, most of the cheese that our guests get to taste in our tours come from dairy farms with limited production capacity. Therefore those products will never be found on a large-scale market.

Scouting new cheesemakers is a never-ending process and it often expands outside the region. This relationship can also lead to suggest changes on the cheese making process, according to the outcome that the refiner wants to achieve.