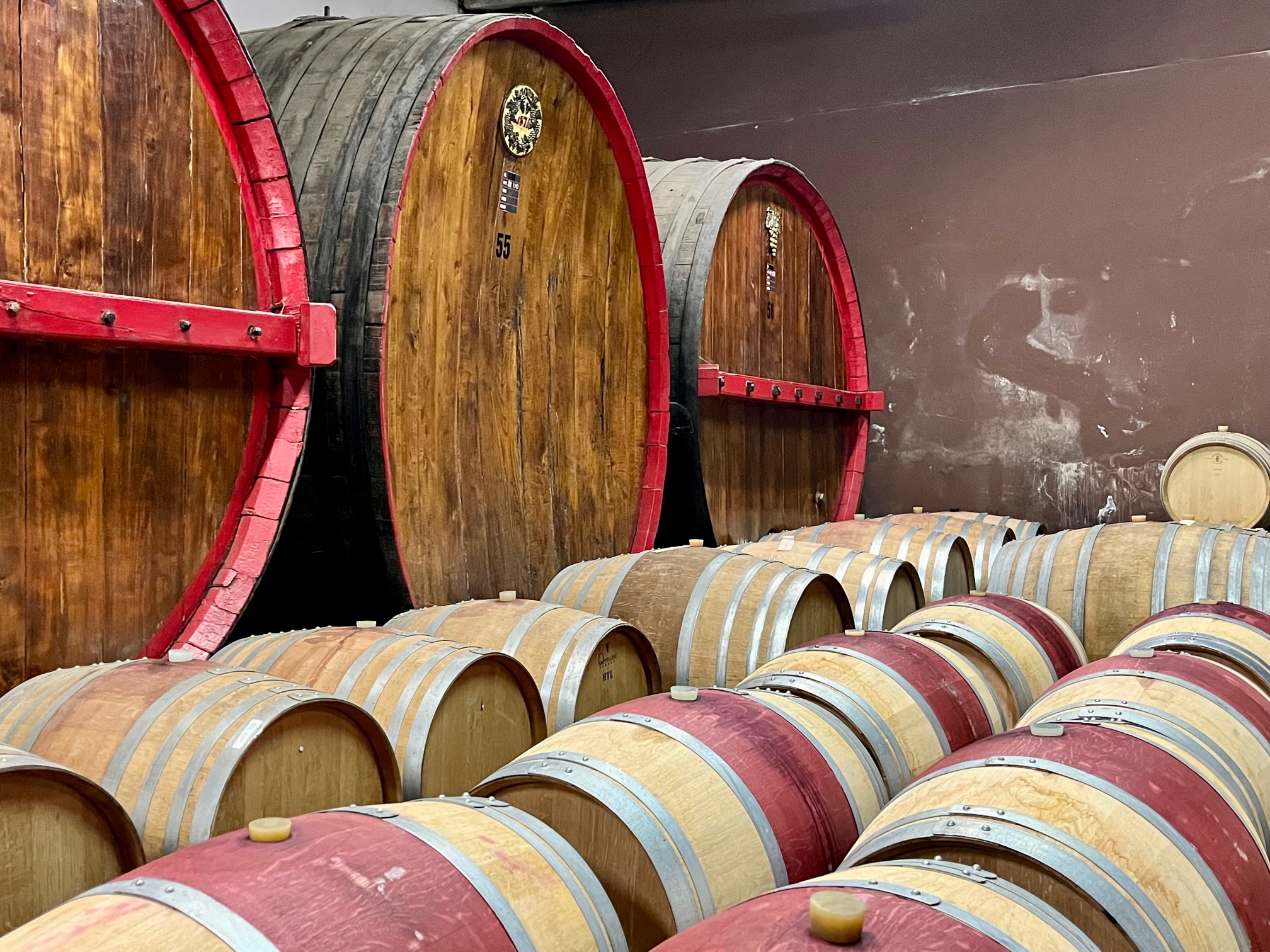 The revolution of Barolo wine making

The revolution of Barolo wine started back in the 1970s when the young son of one of the many farmers of the region understood that Barolo needed a new identity.

In facts, Barolo wine was not appreciated by international wine critics, it was not well marketed and it did not live up the expectations of modern consumers.

This young farmer was Elio Altare, who in 1976 drove his Fiat 500 to Burgundy – France – known to be the point of reference in the world of first-class wines. Upon his arrival at the first winery, he was astonished to see the cellar owner packing suitcases on its fancy sport car. He was leaving for the French Riviera where its own boat was docked.

That was the lifestyle of wine-makers in France, in net contrast with the poor Piedmontese farmers.

How Barolo wine making has evolved

In the Barolo wine region, since the 1950s, younger generations would had not hesitated to move to Turin. A full-time job at the car factory was seen as the greatest redemption from the struggling rural life.

Barolo wine making was not profitable and it was common for most farmers to keep a barrel or two in their cellar, enough to satisfy the family’s needs.

Making wine at home for sale was not considered an option. It was common to sell grapes to a handful of large and wealthy wine producers.

Learn more about Piedmont and its local traditions by joining our Barolo & Barbaresco Wine Tour with a Winemaker and visit three wineries.

Barolo was, until then, awfully made in moldy cellars where a barrel inherited from the grandparents was treasured because too expensive to be replaced but too old to add anything to the wine.

Aging Barolo in French barrels was the first innovation brought in Piedmont by Elio Altare and his friends – known as the Barolo Boys.

This type of barrel, only 225 liters, was much smaller than traditional ones, resulting in having more liquid in contact with the inner surface of the barrel itself. Consequently, the wine would absorb more flavors from the toasted French oak and tannin of the Nebbiolo grapes would evolve more easily.

The revolution of Barolo starts from the vineyard

The revolution of Barolo wine involved as well a new pruning technique to be performed in the vineyard, long before the actual wine making in the cellar.

In addition to the regular pruning session held in winter, clusters were now cut off the vines in August, a few weeks before harvesting. This so-called “green harvest” aims to redirect nutrients from the vine to the clusters left and to concentrate the final stages of ripening.

The generational conflicts that followed shook the region as older farmers struggled to understand and accept the innovations brought from France.

Chiara Boschis, the only girl of the Barolo Boys, had to face family turmoil after being seen cutting grapes off the family’s vines in summer.  Elio Altare got to the point of destroying with a chainsaw the old family barrels and  his father signed him off from the inheritance. The old man died two years later thinking his son went crazy.

The Barolo Boys revolution, that involved Elio Altare, Chiara Boschis and others, has been a steep journey made of several attempts and experiments.

During the 1980s these young wine producers worked together to improve the quality of wine. They engaged in blind wine tastings with each other wines, sharing what was done differently. Their aim was to get the best wine in the shortest time possible, ready to be drunk much sooner compared to the twenty years or so of aging time needed until then.

Another significant step forward in the Barolo Boys revolution came when a young Italian-American wine importer joined the team and arranged a marketing tour in the US. He made both the wine and the producers an instant success.

Today, about thirty years since the Barolo Boys  had begun their mission, hostilities seems to have ceased, and it is hard to tell who won. Both the traditionalist Barolo (aged in large, non-toasted barrels) and the modernist Barolo (aged in toasted French small barrels) co-exists. Many wine makers play with both types of wood, balancing shades of flavors and giving personality to their own wine.

Is Barolo a good wine?

Barolo is a good wine because it is controlled and guaranteed by the highest appellation that a wine can get in Italy, known as DOCG appellation.

Our Barolo Wine Tour takes you to a renowned cellar for a tasting of award-winning labels and a deep understanding of what it takes for a Barolo to be a good wine.

Barolo is produced by 360 wineries which all comply with the strict rules of the DOCG appellation.

Some consumers may find a Barolo wine just released on the market after the minimum 38 months of aging to be still too young. Others may prefer a specific single-vineyard. The sensitivity of the palate and the personal taste would also influence the perception of a bottle of wine.

The identity of a wine is an interpretation. Carlo Petrini, founder of Slow Food, said it all:  “…some wines that were top rated in the 1990s and that I loved, now I would probably not like them at all. It’s the human factor”.

The story told in this post has been inspired by the documentary “Barolo Boys – the story of a revolution” available on several online platforms and winner at the Vancouver Italian Film Festival and Wine Country Film Festival of California.